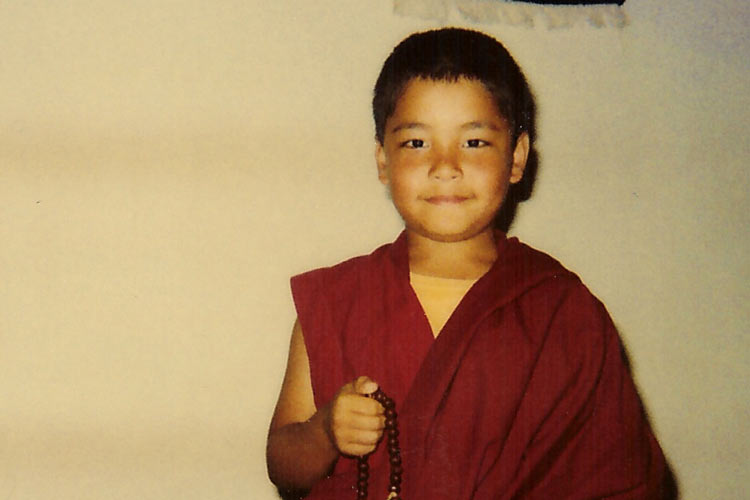 Early on, Rinpoche was recognized by the Head of the Gelug lineage as the reincarnation of the renowned meditation master and great scholar Trichen Gendun Tsultrim of Shangri-la Gyalthang.

Rinpoche was raised and educated in Europe and is fluent in four languages. 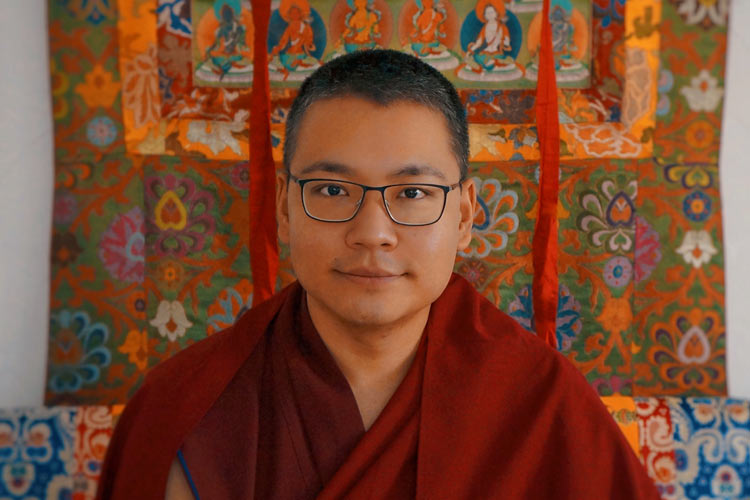 Khyungser Rinpoche was formally enthroned at Ganden Monastery in India as the incarnation of His Holiness the Dharma King Trichen Gendun Tsultrim, sixty-fifth Ganden Tripa and holder of the golden throne of Ganden. 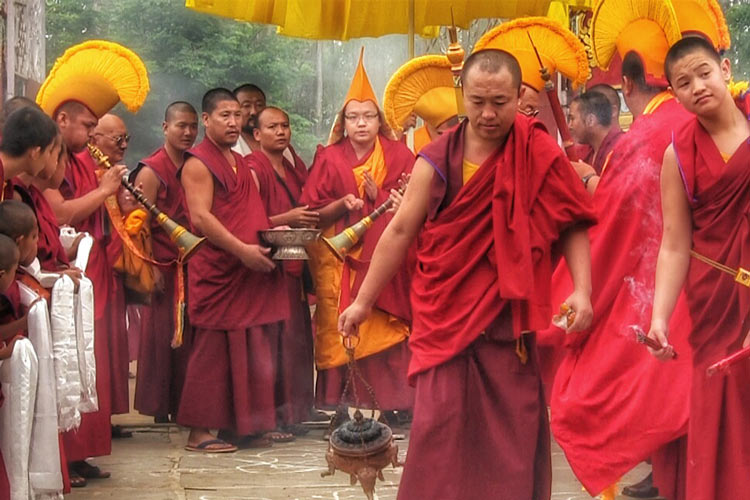 At present, Kyabje Khyungser Rinpoche resides in Tibet and is continuing his Buddhist studies under the guidance of great masters.

His Holiness the Ganden Tripa

His Holiness the Ganden Tripa is the successor of Je Tsongkhapa (founder of the Gelug Lineage) and Supreme Spiritual Head of the holy Gelug School of Tibetan Buddhism.

The Gelug Lineage is the largest of the four Schools of Tibetan Buddhism (Gelug, Kagyu, Sakya and Nyingma).

Picture: His Holiness the Dalai Lama with H.H the Gaden Tripa 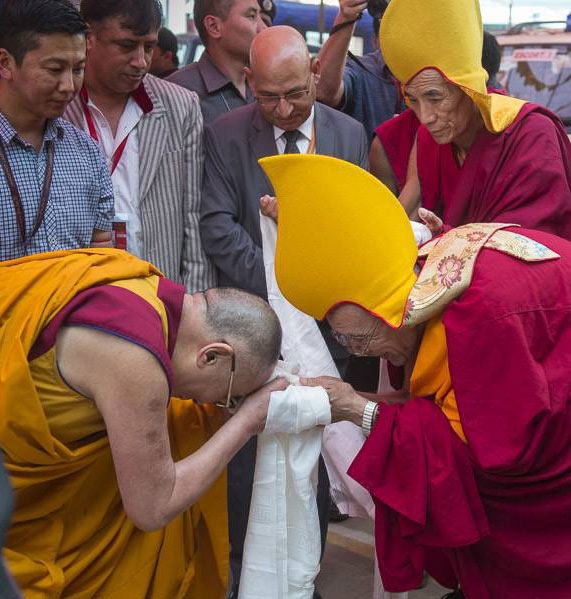